Why is Bristol RELH, registration EFM163H referred to as CRG163 or ERG163?

This is all down to the vehicle recognition system that Crosville devised and introduced that would allow employees within the company to recognise a vehicle quickly by simply its allocated fleet number.

A summary of the company’s fleet recognitions systems over the years is described below.

Crosville had adopted four methods of vehicle recognition through fleet numbering over the years.

Method one around 1910 involved naming buses with such names as ’The Alma’ and ‘Busy Bee’. 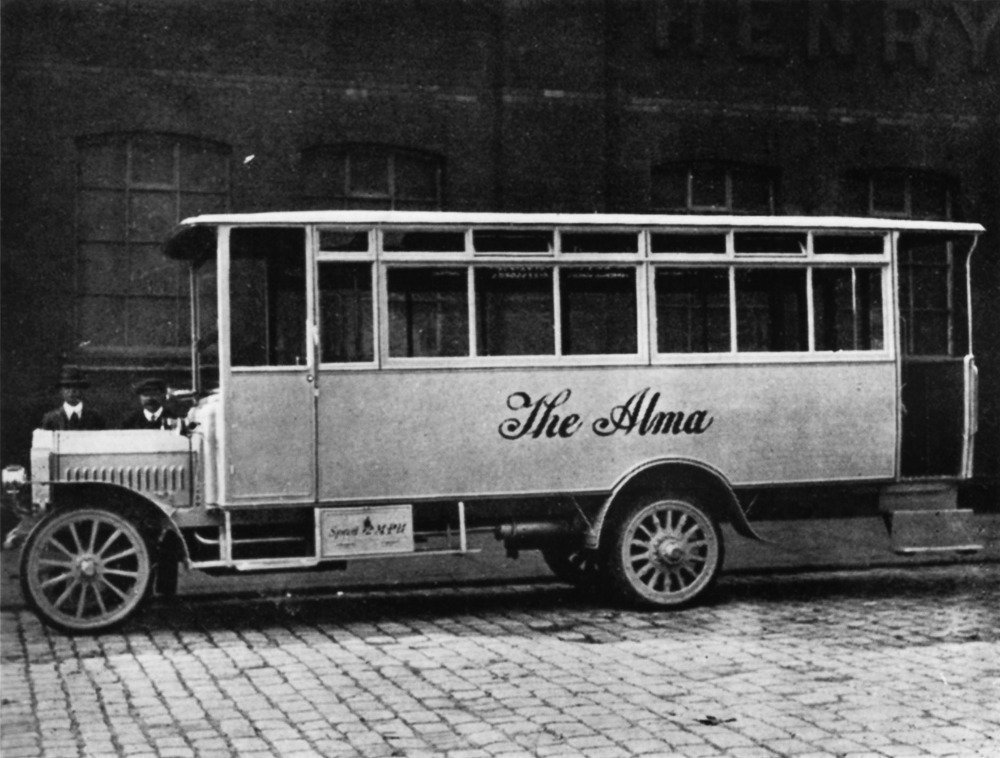 Around 1915 method two was introduced and simply involved numbering vehicles such as ‘1’; ’2’ and so fourth between 1 and 1000. Crosville being superstitious never used the number ‘13’ but used ‘AC’ instead.

Around 1934 an alpha-digit numeric system was introduced. Simply a letter was assigned to the type of vehicle such as ‘C’ for a Leyland Lion LT1. Some vehicles used two characters as the fleet grew followed by the assigned number. The number did not correspond to the registration of the vehicle.

The fourth and final method the company adopted was the alpha-numeric system comprising of three letters denoting the vehicle type then between one and three numbers replicating the vehicle registration number. The numbers used were not always replicated.

In terms of CRG163 this was the fleet numbering system used.

Crosville had a significantly sized fleet of varying vehicle types in specification from engine type, make, model. They tended to be delivered new to the company in batches of the same type. The company adopted an unique alpha-neumeric fleet recognition system that would allow all company vehicles to be easily and quickly identified for the purpose of internal processes through its unique fleet number. No two vehicles would hold the same fleet number at any one time. This was especially useful for the Engineering and Traffic divisions of the company when dealing with internal maintenance regimes and traffic operational allocations.

Basically the principles of allocating an alpha-numeric system to new vehicles entering the Crosville fleet involved three letters (unless classed as auxiliary/supportive vehicles such as cars or engineering vehicles denoted by ‘A’) followed by the majority of times the corresponding numbers displayed on the vehicle’s registration number plate. Not always though did the same registration number correspond especially if another vehicle in the fleet was allocated these numbers.

The three letters applied was specific and based upon vehicle characteristics on the following principles:


The following are examples on how the company applied the alpha-numeric fleet numbering system to actual vehicles in the Crosville fleet: 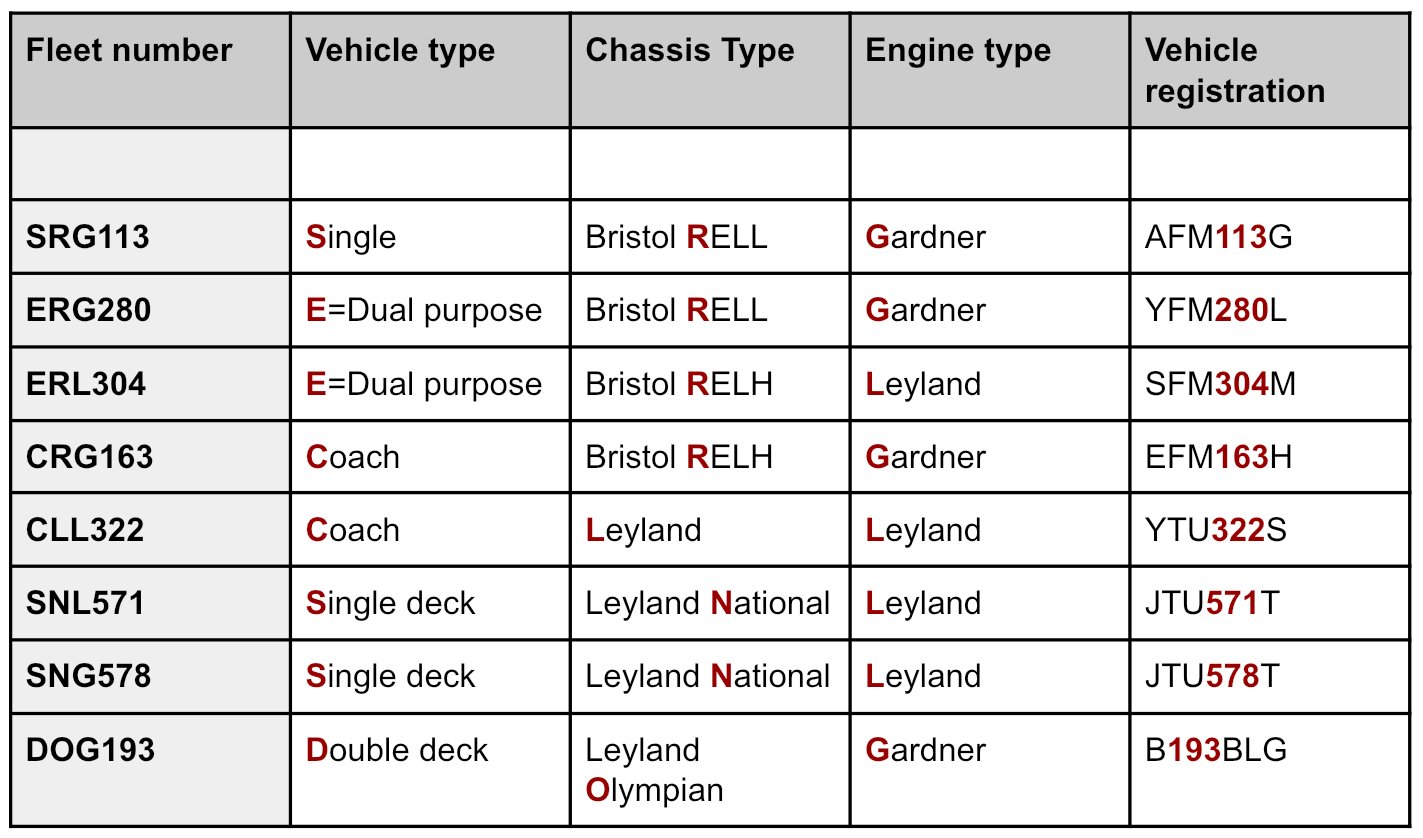 Dual purpose = multi use on local bus and express longer distance services
In respect of EFM 163H, the allocated fleet number was CRG163, simply equating to C = Coach; R = Bristol RE (rear engine); G = Gardner engine; followed by 163 from its registration of EFM163H. In relation to CRG163 this was the vehicle‘s first fleet designation in recognition of coaching duties. However in 1979 the vehicle was downgraded to dual purpose use, i.e. the vehicle would be used on any service which would include local bus service operation as well.

The ‘E’ letter would replace the ‘C’ letter in the vehicle’s classification. Fleet numbers would be applied with stickers to National Bus Company specification of font and size and shade of grey.

Reclassification from CRG to ERG would also involve the fitment of a ticket machine and fixed holder as well as a change in livery to white (roof to below the passenger window line) and leaf green below this. This livery of white and green would always be associated with a dual purpose vehicle in Crosville’s fleet.